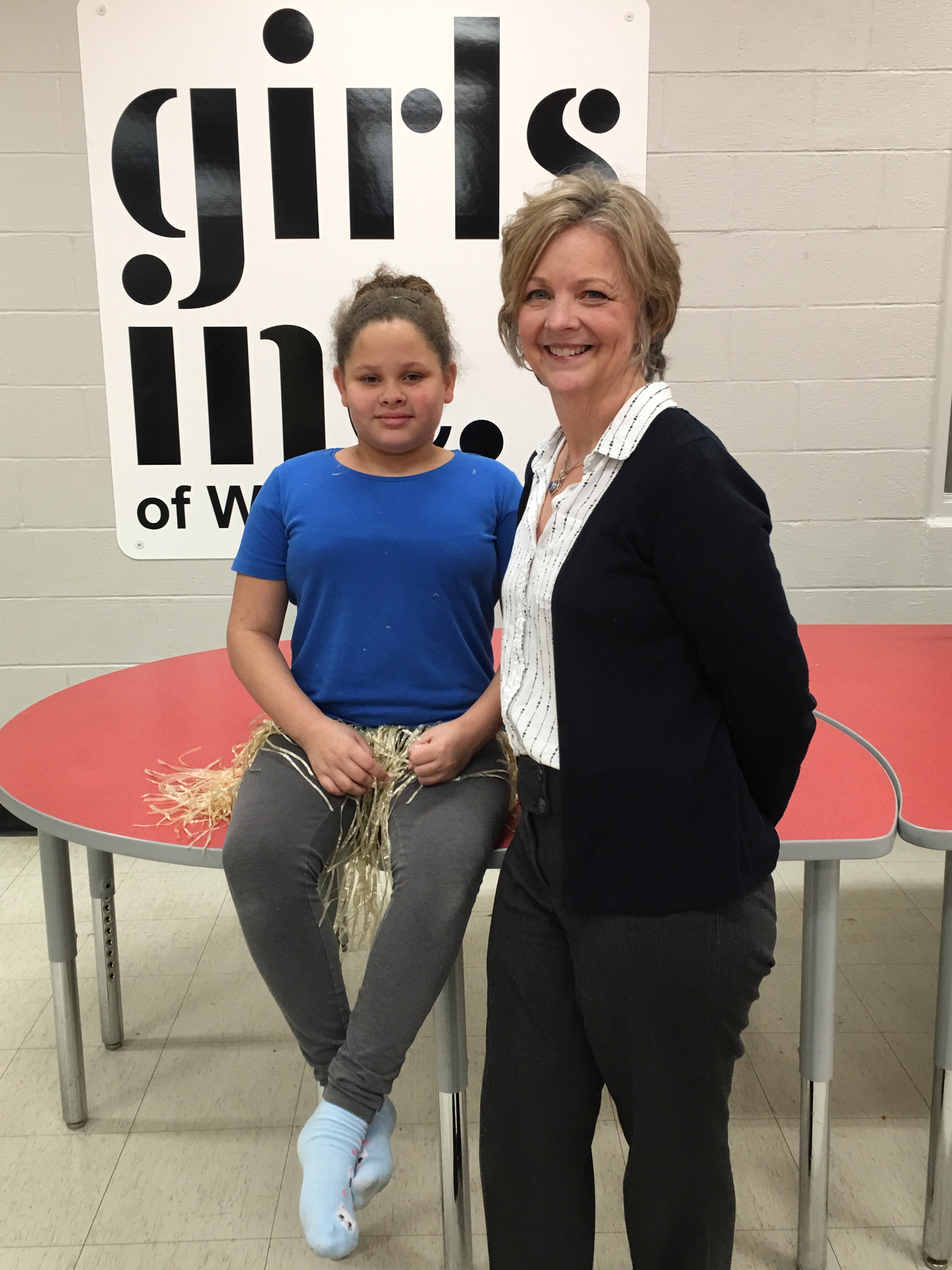 A: How long ago were you mayor?

A: I used my sister’s age. How are you a leader?

S: That’s a good question. I think that the most effective leaders are people who just do what they see needs to be done and they do it because they want to help make things better whether it’s at their job or in their community or at home and helping out so I’d like to think that it’s just what I do every day and that I try to set a really good example for the people around me that work with me or for me and for my kids and for others in the community.

A: Hmm.. […] what do you want to tell the community as being a leader?

S: I want to tell the community that everybody can be a leader if they just look around and see all the things that need to be done and all the wonderful things that we can do together and they take action, they can be leaders. So, if we all just take the time and the initiative to do something that makes the community better, makes other people’s lives better that it would really help to build the community and make it a stronger community because of the care that we have for one another.

A: What are some difficulties that you have encountered with being a leader?

S: I think that one challenge that I always face is that I see so much that can be done and I want to help in so many ways and I just with that there were more time to do things. I think that sometimes people get so busy in their lives that they’re acting on their own and if we could stop and look and see what everybody’s doing around us and how we can build what they are doing and we can work together. So those are what I think are a couple of challenges. Everybody working together and making sure we take the time to do what’s important.

A: This is my question. What motivated you to become the mayor?

S: That’s a good question. That’s a tough question because growing up I never thought to be the mayor. I don’t like public speaking and that’s a big part of being mayor and so I actually worked for the mayor and he had-

A: you were a secretary

S: I was the controller for the city and that’s somebody who oversees-

A: I didn’t even know that was a job.

S: Yeah! I oversee all of the accounting, the finances and make sure everybody gets paid for the jobs that they do, that we collect the taxes and spend them in the right way that the people in the community want us to do. And so the mayor that I worked for, he resigned to go to become a minister and so the people had to choose a new mayor and I was already there and saw so many things that we were doing and there were so many wonderful people that I was working with and just really wanted to keep the team of people working together and moving things forward. So I took some really deep breaths and did some prayers about being able to do some of the public speaking and some of the things that I didn’t feel comfortable doing and talked to my family a whole lot, because I had a young family, I had a son and a daughter and how it would affect their lives and we thought it was important for me to at least put my name out there and do what I could for the community and went through a process and became mayor that way. So it wasn’t something that I really planned but when I saw it, it felt like something I needed to do at the time and worked hard to do the best that I could.

A: How do you influence others?

S: I think that when I- I don’t really think about influencing them as much as to inform people and giving them the information that I have and the knowledge that I have so that they can look at something and make a decision on their own and if I see something that is really important and I do my work and I research, like you’d research on the river, and if I know what I’m talking about and I put the information out there then I think that I can help them to see what I’m seeing, so that they can make their own decision.

A: What advice would you give girls that are wanting to become leaders?

S: I think to remember that every day that you can be a leader in what you do and to do the right things and be kind to one another, to work together, to feel that it is just important for the girl sitting next to you for you to support them so they can be a leader and that makes you a leader and that makes you a leader. I think it’s really important to build up and empower other people and that’s the way that I like to lead, is by feeling like I am mentoring other people to be leaders.

A: Who is a big influence in your life?

S: I’ve really been so blessed to have a lot of really good people in my life, I’d have to say that my mom and my dad were an influence as well as my big sister and my big brother in reminding me that I can take on new challenges and that I have the love and support of people around me and that sometimes if it doesn’t work out quite the way that I think it’s going to or that I want it to that it’s okay. We just get up the next day and we start all over again and we just keep trying.

A: My sister’s mean.

S: Oh, my sister had, we had those moments too, but at the end of the day she’s my sister.

A: She always tells me that I’m embarrassing her.

S: My big sister says that about me, too!

A: Did you see how she turned around in the chair?

S: Yeah. I bet she’s really proud of you though.

A: When I’m around her with her friends she does…

S: Yeah, my big sister did that too but she’s really proud of you, I can tell.

A: What were your promises to the people, as mayor?

Susanna: I have another question, can I ask one?

Susanna: Okay, do you have any advice for women in leadership roles?

S: I was really blessed to grow up in a family where we didn’t talk about what women should do or shouldn’t do and whether it was my mother or my father, they just said “whatever you want to do, if you work hard and you put your heart into it and you try, you will succeed.” So I did not think of having barriers, I just thought about what I wanted to accomplish and stayed focused on what- on the end goal. And there are people who might throw obstacles out because of being a woman and I just would think “I’m sorry, that’s your problem, for you to figure out why you can’t relate to me because I am a woman. My goal is to do this today.” So I just really can’t realize that I really couldn’t change other people, I could change how I am affected by them and so I just stayed focused on what I wanted to do.